Are we facing a water crisis?

For the past several years, water has been named as a leading risk in annual surveys in the World Economic Forum. The headlines are clear but the funny thing is that actions are rarely taking place with the best example being Cape Town where a few years ago experts believed, correctly, that a drought can cause major problems. Officials announced that there was not any emergency and there was not any call for action until the city was just 90 days away from turning off the taps. So, are we really facing a water crisis?

The answer is yes. Even though the real challenges derive from political and ethical conflicts many companies and organizations around the world are working on innovative solutions. These solutions can bring down the costs of various procedures and they can ultimately help in resolving some of the problems arising from those conflicts.

In general terms there are three different types of crisis that we are facing right now. First, is the fresh water being unevenly distributed all over the world. As the population is growing farms and cities are investing enormous amounts of resources in order to bring the water where it is needed.

Second, is the unpredictability of the weather, meaning that the hydrological cycle as it is delivering different quantities each period can either result in floods or droughts.

Lastly, the fresh water as it comes from the rivers and lakes into our drinking water networks is not pure enough for human consumption.

These are the main problems that companies are trying to tackle nowadays. 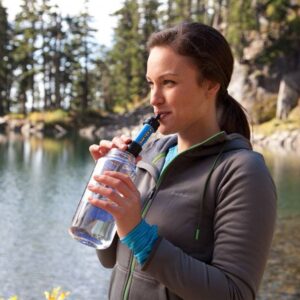 A mini water filtration system developed by “Sawyer” which weighs just 2 ounces, fits in the palm of your hand, and provides absolute filtration — removing 99% of all bacteria, 99% of all protozoa (such as giardia and cryptosporidium), and removing 100% of microplastics. 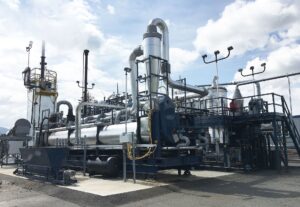 This machine is evolutionary. It is processing human feces so it can produce clean drinking water, electricity and ash that is pathogen free. It is worth mentioning that Bill Gates himself tested the water coming out of the processor and he was impressed. The Janicki Omni Processor will also generate profits for the owners as they will get paid for the feces that they will collect and of course for all the water, electricity and ash that they will produce. 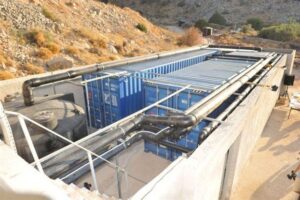 The Island of Milos is a place in Greece where geothermal energy is found in abundance due to its geographical location on the Aegean Volcanic Arc. The magma flowing beneath heats up the underground water, thus giving rise to natural geothe

As much as we hate to admit it, technology cannot do it all when it comes to solving the water crisis.

Fortunately, technology can help with this too! There are a lot of smart devices that can regulate how much water we are using in the shower, on the toilet, and anywhere else in a house with the click of a button. Trying to conserve water is the only way to make sure that the future will be without a major water crisis.