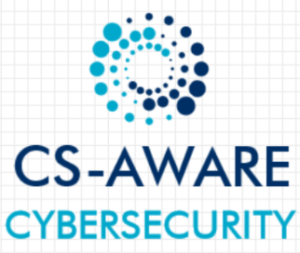 One of the strategic objectives of OTS is to look for new sources of funding for its research activities and the development of its new products, as well as the creation of new partnerships with European organizations and companies. Considering this goal, OTS has been actively involved in the implementation of two programs funded by the European Union. In the framework of these programs, the workshop “CS-AWARE” was held in Olya, Finland, in the weekend of 04-06 September 2017.

– “A cybersecurity cituational awareness and information sharing solution for local public administrations based on advanced big data analytics”, (Finland, Denmark, Austria, Italy, Greece, the Netherlands, England, Germany & Ireland), which was funded by the European Union through the Horizon 2020 Financial Instrument. The meeting was attended by representatives of public and private organizations and research institutions from nine European countries. including representatives of OTS.

“CS-AWARE” has a 36-month implementation horizon and research and study on cybersecurity in the exchange of information, detection of cyber-attacks and the analysis of automation mechanisms in small and medium-sized information infrastructures of public organizations.

During the meeting, a presentation of the work packages and their managers was presented, the project implementation timetables were analyzed, working groups were set up per pack, the partners’ operational and communication framework was delineated, key issues were discussed, the next meetings were defined an acquaintance meeting with the Project Officer of the project, which among other things is the European Commission’s first control mechanism in the project.

CS-AWARE will be piloted in the Metropolitan Municipality of Rome, consisting of 15 Municipalities with a total number of permanent workers of 27,000 and the Municipality of Larissa, with supporting municipalities of Kileler and Elassona. CS-AWARE has the potential to be the tool for public entities that will increase awareness of cybersecurity, provide timely automatic updates of security risks that are likely to threaten their information systems, contribute to a self- a system after its infestation and inform the whole EU network set up for this purpose of the potential risks.